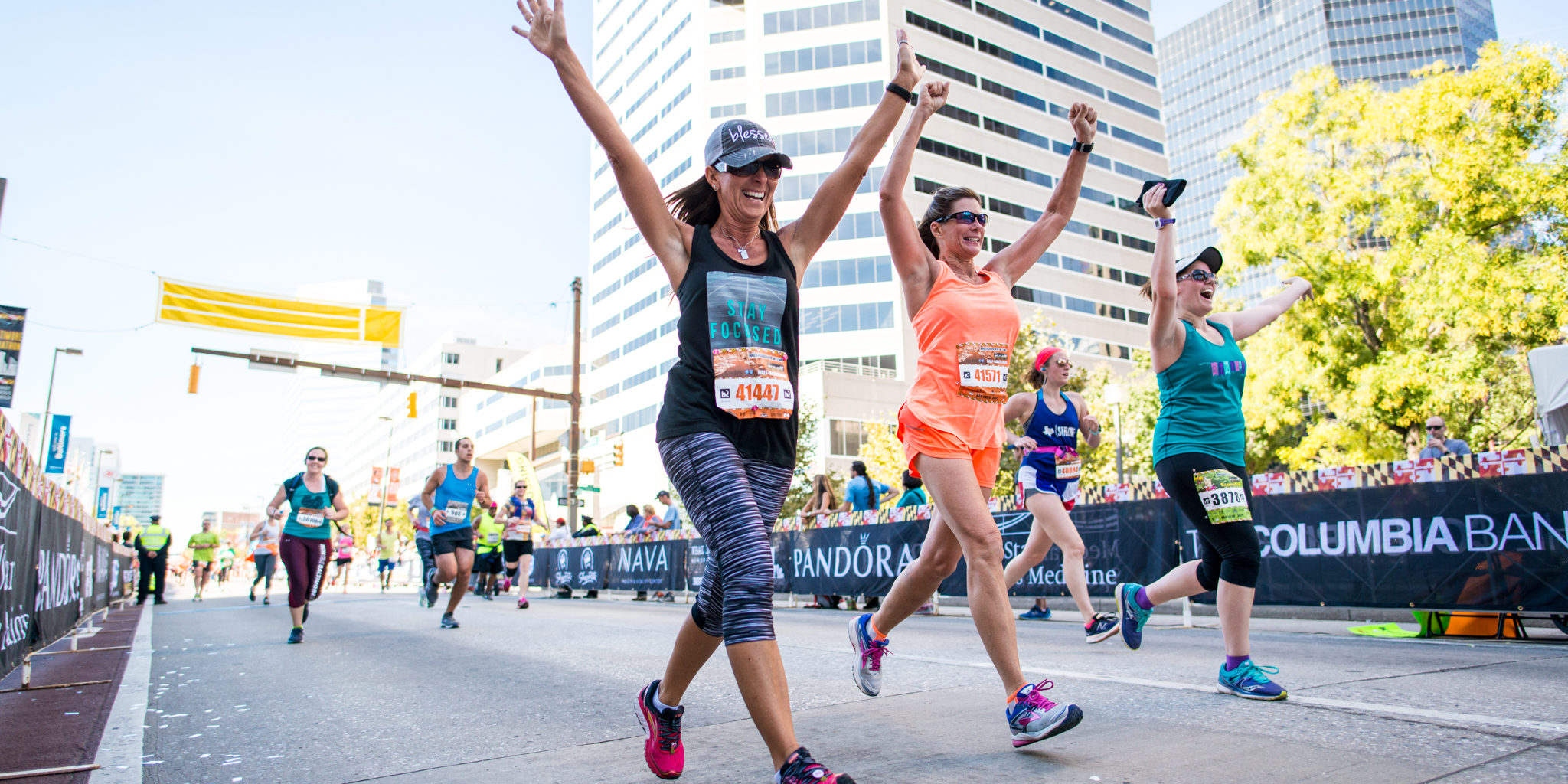 So why in the world would a signage guy be talking about race announcing? It’s simple really: as an event signage supplier I’m more accurately in the athlete experience business. What my company does can have a lot to do with how participants feel about a race. And like signage, what an announcer says, and how she/he says it, can have a big impact in how an event is perceived.

The case of a big cyclocross event in Iowa City last Fall, where an announcer was removed for making repeated statements that demeaned and insulted female competitors, is an extreme example. But inappropriate remarks by amateur announcers are not unusual. Untrained voices have a lot of time to fill, and often not enough material to fill it. Stupid comments often plug the gaps – off-the-cuff remarks about gender, clothing, hairstyles, etc. Most of it isn’t cute or funny (although that’s usually the intent); sometimes it can be downright hurtful.

Why would a race director submit his/her customers to such treatment? The answer is a lack of understanding of the role announcing can play.

Let there be no mistake: the impact is potentially huge, both negative and positive. One of the best positive examples in the endurance business is the influence of long-time Ironman announcer Mike Reilly, who is revered for his “You are an Ironman!” exclamation, repeated over and over around the world, at race after race, for finisher after finisher. Mike has become not just the voice, but also the heart and soul of the entire Ironman organization.

“An announcer has two key roles,” Mike explains. “One is to honor the wishes of the race director who hired him or her. That involves providing useful information and giving the sponsors their moments in the sun. But the far more important one is ensuring that the athletes and spectators have the richest and most rewarding experience possible. If everybody walks away feeling like they’ve been to a great party with close friends, you’ve done your job.”

A race director or event producer who does not take the role of announcer seriously is flirting with… well, meh. Yes, bad things can happen, but so can non-things – which can be equally damaging. A poor announcer can buzz-kill an entire event, trashing a ton of good, hard work and turning a potentially great race into something tragically ordinary and sending athletes and sponsors scrambling for the exits.

So what do you look for in an announcer? Here’s a list compiled from own long experience on the mic, and from watching and listening to (and sometimes wincing at) others do their best and worst on the public stage.

An announcer who knows the local running/cycling/multisport community is always best because they can be up close and personal with your athletes. They can call out folks by name rather than simply reading from a monitor. They can highlight the accomplishments and experiences of local runners and will relate easily to spectators. There’s no substitute for a friendly, familiar voice on the microphone. Plus, you won’t need to pay travel expenses.

Professional media folks are rarely the best choice for announcing gigs. They usually don’t know the sport; they tend to say “I” way too much, and they’re often just not very good outside of the controlled environment of a studio. I’ve had radio personalities freeze like popsicles on an awards stage. Let the celebrities fire the starting gun or shake the winners’ hands at the awards ceremony. Or hold one end of the finish tape before heading back to the VIP tent. That would be about perfect.

The best race announcers will love your sport and your participants. They are fans. They are knowledgeable enough to appreciate and comment upon the performances of the winners and caring enough to embrace the back of the pack – with equal enthusiasm. The pronoun “I” is not in their announcing vocabulary, because they know it’s not about them, but rather about the participants, the volunteers, the spectators. It’s about making the event better than it would be without them.  A selfless announcer is a good announcer.

Despite your best attempts at wayfinding signage and pre-race communications, your participants will seek out the announcer before and after the race with questions. “Is that the finish line?” “Where is the lost-and-found?” “Is there a pre-race water station?” “What do I do if I lost my timing chip?” A good announcer anticipates this by thoroughly familiarizing him or herself with the event site. They will be helpful and patient, taking on the unofficial role of race ambassador not only willingly but with enthusiasm.

Announcers familiar with your sport will understand the importance of sponsors to the success of your race and your organization. The right announcer will plug the sponsors at every opportunity – and make it sound sincere. They’ll be unafraid to extemporize by bringing sponsor reps to the mike during gaps in their commentary for a moment or two in the spotlight. Bottom line: your announcer is one of the best sponsor activation tools you have.

On race morning, as the countdown to the start approaches, an experienced announcer begins to act more and more like a stage manager, keeping an eye on the clock as sponsors and local dignitaries are announced, instructions are relayed to the athletes, and the last-minute back-and-forth communications stream between operational elements. Time management is a critical function that too often falls into the hands of the harried, attention-challenged race director. And it shouldn’t be, because that’s where critical mistakes are made. Find an announcer capable of handling those final frantic five minutes. It will help you breathe a lot easier on race morning.

Can You Afford It?

In the broader scale of your budget, and considering your months of hard work putting the race together, an experienced announcer is a modest but essential investment that will increase your chances of retaining participants, pleasing sponsors and local officials, and covering the inevitable small difficulties that arise.

It’s possible that you will find a knowledgeable volunteer with a background in public speaking who will jump at the opportunity. This kind of thing happens a lot in youth sports, and for someone with a media background, the idea of being on the mike may prove irresistible.

But you shouldn’t count on free.  It’s a rare find. Barring that, plan on a range between $350 and $1000, depending upon the size of your event and the resume of the announcer. If you put on a series of races, you may be able to make a package deal that will lower the per race cost.

Like I say, the expense is relatively small compared to the potential gain. Or potential loss. Personally, I would no sooner go without a pro on the mike than I would without a finish line. There’s just too much at stake.

Until next time. Be well — MP

Puttin’ on the Ritz